Home Health Why does the coronavirus damage our cardiovascular system? 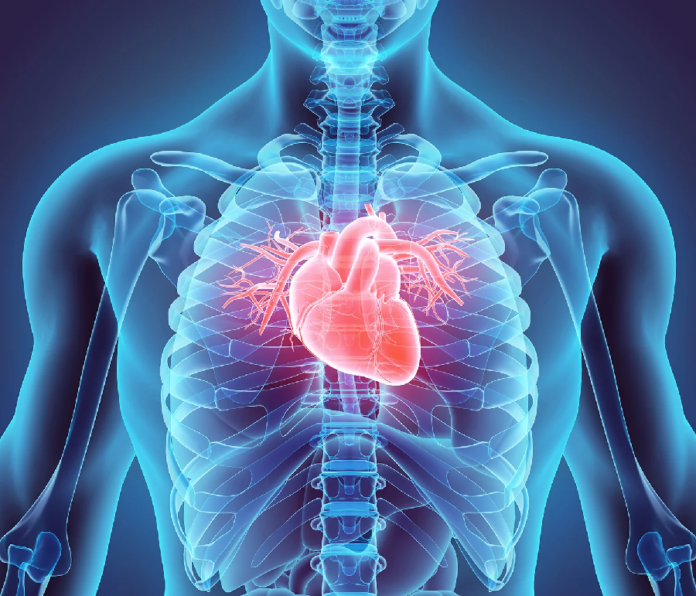 Like all viruses, to multiply, it needs to use the machinery of a cell. In this case, in the cells that make up the human lungs. To enter, it uses a key present in its membrane, which is protein S. And the lock is a cell membrane receptor called ACE-2.

This ACE-2 tends to decrease coronavirus infections. Among its functions is the balance of blood pressure and the fluidity of circulation. Hence, side effects occur on the vascular system.

The added problem is that this lock is present in lung cells, heart muscle, the endothelium that covers blood vessels, such as our coronary arteries, and the intestinal mucosa, among others.

For this reason, although the virus prefers lung cells, it also penetrates our hearts and blood vessels, causing damage by multiplying. Some of this damage is generated by the immune response itself. Although the immune system and coagulation system are also related, the balance of blood coagulation can be broken, generating thrombosis.

So the virus can wreak havoc at the cardiovascular level in several ways: by reducing oxygen supply, through lung damage, by directly infecting the heart and vessels, or indirectly through our body’s immune response, which generates thrombosis and inflammation.

The virus can damage the heart muscle, causing its muscle fibres to be inflamed, known as myocarditis. This is produced by a mixture of mechanisms but fundamentally by our body’s immune response to defend ourselves from the virus.

Something like when a bombardment causes damage to buildings and infrastructure of a city taken by the enemy. This damage has been detected even in mild cases; however, the management will logically depend on the degree of affectation.

This damage is usually reversible, but if it leaves scars, in the medium-long term, it could cause arrhythmias. To measure this affectation, magnetic resonance imaging can be used. Studies with this technique have confirmed residual lesions in the form of scars in up to 80% of patients.

The decrease in oxygen in the blood caused by viral pneumonia can trigger arrhythmias, generally supraventricular, which we can consider benign in quotes.

As the condition becomes more severe in patients admitted to intensive care units, more serious, potentially lethal arrhythmias can be generated. This happens when there is significant heart damage and is not uncommon in critically ill patients for other reasons.

Here we must highlight the arrhythmias produced by some treatments to stop the virus replication. These drugs alter the transmission of electrical impulses in the heart, causing malignant arrhythmias.

As mentioned, the immune reaction mediated by the coronavirus and other viruses unbalances the balance of blood coagulation, sometimes towards hemorrhagic pictures, as occurs with hemorrhagic fevers. But also the opposite, as happens with the Covid infection, towards the formation of blood clots: thrombosis.

These clots can affect the veins of the legs in the critical patient who is hospitalised and the convalescent who is already discharged home. And if they travel to the pulmonary circulation, they cause pulmonary thromboembolism, which can be very serious because they can destabilise the circulatory system, especially if they are massive. Hence the importance of monitoring the convalescent patient.

These clots also produce obstructions at the level of arterial circulation. This type of thrombosis is what increases strokes, myocardial infarctions and other less common infarcts at the level of the kidneys or in the limbs. These arterial thromboses are more frequent in people with previous risk factors such as smoking, high blood pressure or excess cholesterol.

Heart failure implies that a heart cannot efficiently pump blood. This may be because little oxygen reaches him due to pulmonary affectation, and the muscle is damaged by myocarditis or a heart attack.

And, as we have mentioned, due to arrhythmias that, although not fatal, can decompensate a heart. Especially if the patient was already affected by previous pathologies, such as high blood pressure, diabetes or a diseased valve.

Respiratory infection in a patient who previously had a heart that worked with difficulty causes serious decompensation. This is the basis of vaccination campaigns against influenza in these patients. And the explanation that flu epidemics are especially dangerous in this group of patients.

The virus can trigger heart disease in patients with previously healthy hearts but with high blood pressure, diabetes, or other risk factors.

The mechanisms involved are multiple: lack of oxygen, direct damage due to inflammation, thrombosis, arrhythmias and heart failure mediated by all of the above.

And in addition to this direct damage, we must not forget the indirect damage caused by delays in health care, problems derived from sustained stress, physical inactivity, changes in diet and patterns of consumption of certain toxins, such as alcohol.