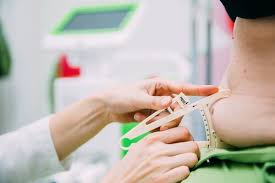 According to the Centers for Disease Prevention and Control (CDC), the prevalence of obesity had increased by almost 12% from 1999-2000 to 2017-2018. Obesity is defined as having a body mass index (BMI) of greater than or equal to 30, and for severe obesity, greater than or equal to 40. Some medical conditions such as heart disease, stroke, type 2 diabetes, and cancer can be obesity-related.

The obesity epidemic is growing. With a higher risk of developing other medical conditions, some Medicare beneficiaries are reverting to bariatric surgeries such as gastric band surgery to limit food intake and reduce weight.

What is gastric band surgery?

Gastric band surgery is a type of bariatric procedure that focuses on weight loss using a restriction method. During the surgery, a surgeon inserts an adjustable silicone band around the upper part of the stomach. That portion of the stomach is squeezed by the band and restricts the food intake. The restriction allows only about an ounce of food to be held in the stomach. This kind of procedure can be reversed, and typically the stomach will return to average size.

There can be minor post-surgery side effects such as nausea and vomiting, but surgical complications can be expected. The average percentage of weight loss that is expected from this surgery is about 35-45%.

This procedure is not commonly performed in the United States. However, if you do meet specific criteria, Medicare may approve the surgery.

If those qualifications are met, then the next requirements in the approval process include:

A doctor’s referral from a primary care physician is also needed to start the Medicare approval process. Medicare’s approval is case-by-case. It is important to have all the documentation prepared and verify that your doctor accepts your medicare insurance charleston sc.

Original Medicare has two parts, Part A and Part B. Part A is the hospital coverage as an inpatient, while Part B is outpatient medical coverage. Part A has a deductible of $1,484 per admittance, and then there is cost-sharing once the deductible is met. After 60 consecutive days in the hospital, a Medicare beneficiary would pay $371 per day until day 90. Beyond day 90, it is $742 for the lifetime reserve days.

Part B has an annual deductible of $203, and then Medicare covers 80% of Medicare-approved services. This leaves a Medicare beneficiary with the 20% with no limit.

A Medicare Supplement (Medigap) plan will cover most of the amounts that the beneficiary is responsible for, such as the Part A costs and the 20% of Part B. The provider must accept Medicare for a Medigap plan to act as secondary and pay those costs.  A beneficiary is close to having 100% coverage with most Medigap plans when used in addition to Original Medicare.

The other option is a Medicare Advantage plan. The providers and hospitals must be in-network or willing to bill out-of-network depending on the plan. You must keep Parts A and B, but the benefits are covered through the Medicare Advantage plan. Each hospital and medical service has a copayment/coinsurance that must be paid at the end of the service.

In 2017-2018, according to the CDC, 42.8% of adults age 60 and older were considered obese. Obesity alone can be a battle for older adults, but it can be related to other serious health problems. If obesity is something you have been struggling with for years and you have Medicare coverage, certain bariatric procedures like gastric banding surgery may be an option.